It is our passion to share how a relationship with Jesus has transformed our lives!
Learn More

The name comes from the root-verb אור (‘or), meaning to be light or to shine 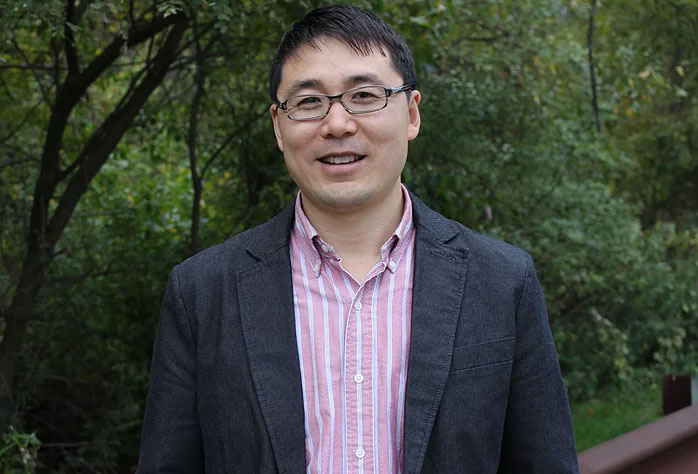 Sean (Junjie) Song received the Lord in 2002. His wife Ruth received the Lord in 2003 and they got married in 2006. They were both born in China and came to the United States for graduate studies. They have been preaching the gospel to overseas Chinese students and scholars but in 2016 there was a turn in their spiritual lives. They both got baptized in the Holy Spirit and witnessed a miracle healing. Now they are ready to be witnesses for both the Word of God and the supernatural ministry of Jesus Christ. Sean has finished the Christian Healing Certification Program (CHCP, except Deliverance level 4) and Christian Prophetic Certification Program by Global Awakening. He is currently a Pre-Doctoral student at United Theological Seminary (UTS) and he plans to attend Randy Clark Scholars Doctoral Program (a joint program between UTS and Global Awakening). Sean also has a special burden for his home country China. His vision is to preach the gospel, heal the sick, cast out demons, and equip the saints and build up the body of Christ.

But the Gospel of John in the New Testament tells us that God loves the world. John, the apostle, also tells us in his epistles that God is love. So, how do we reconcile this contradiction?

At this time, the flow of the writing of the Bible had suddenly changed, and it began to describe how the Holy Spirit did not allow them to preach in Asia. They had no choice but to go through the region of Phrygia and Galatia.

What is sanctification or self-cleaning? Understanding this contains a very important spiritual and practical significance for Christians today who are living in an era of controversial issues such as homosexuality and abortion. If we understand this concept, it will greatly influence our understanding and application of God’s law.

I realized a few things after reading the Old Testament. If you don’t get anything spiritually beneficial from what you’ve read, then you might not understand what it’s saying. There are a lot of chapters in the Bible that you may think are very simple, but often these are the easiest ones for Christians to ignore.

Leviticus 24 begins with the Lord commanding Moses to let the Israelites bring olive oil to him to make the lamps burn continually (which Aaron is in charge of doing). The Lord also instructed him to put the twelve loaves of bread on the table of pure gold and as well as some pure incense on the bread to be presented as food offering to Him.

As Paul mentioned in Colossians, “Set your minds on things above, not on earthly things” (NIV, Colossians, 3:2), and advised Christians in the church at Colossae to forgive each other. In First and Second Thessalonians, it talks a lot about the lessons of the Antichrist which led people to be deceived.

The daily life of Christians on earth is actually a battle, and your battle is to fight against the unseen spiritual forces of evil. At the end of age, one of the greatest tactics of the enemy is to make the saints feel tired and exhausted.

“Whoever is generous to the poor lends to the lord, and he will repay him for his deed.”

Jairus Bible World is a non-profit organization.  We appreciate your support!

If you have any questions or would like to know more about our faith please contact us for more information.  We look forward to hearing from you!