Dreams About Japan: A Changing Radio and a Restaurant 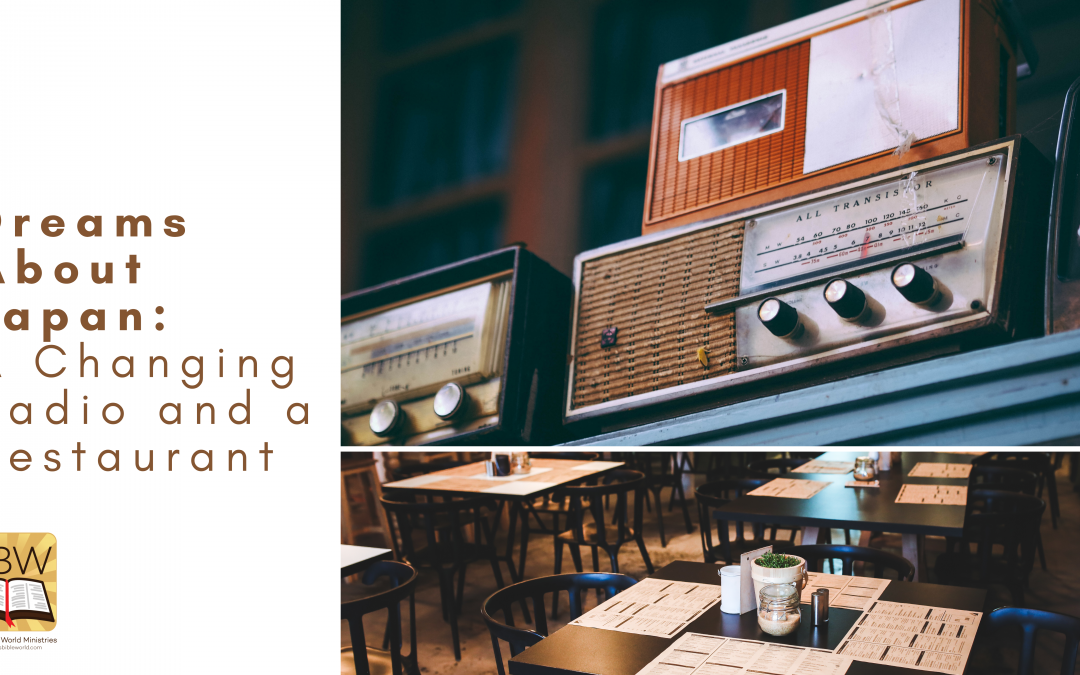 In this dream I went to Japan and someone gave me a radio. This radio could be changed into all kinds of shapes. It could be turned into a ball or stretched into other shapes. There were a lot of different radio stations and I listened to many Japanese stations and Chinese stations. I found the radio set was only about 2 dollars and it seemed I had purchased it online.

Then I was sitting with a man in a restaurant in Japan. I felt it may have been the Lord or an angel, but I am not sure. I was sitting in a corner and the table is long and there are people sitting on my right side. That guy also wanted to sit with me on the same table but so many people were sitting there. We had to move the table a bit to accommodate him. He was sitting across me over the very end of the table. It might be hard for him to reach the dishes.

Then we started to eat, and I found some lotus root, beef and zucchini on the table. Later I found that the owner could be a Chinese woman. She could speak Chinese with me but since there were other Americans at the table she spoke in English. One American girl came from Harrisburg, PA, so I asked her if she knew Randy Clark. She said she didn’t but another American man sitting beside her said he knew Randy Clark.  I told them we just came from a conference and we were preaching gospel here. (In reality I have never traveled with Randy Clark but I am talking online classes in his school. I have finished the Christian Prophetic Certification Program and I am working on finishing the Christian Healing Certification Program. Click here to view my certification.

I saw the man I mentioned earlier again. He was putting some meat on the BBQ with the owner of the restaurant. Later the American man who knew Randy Clark insisted on paying the bill, so I had to say okay. But I told him I can pray a blessing over him and I prayed to welcome the Holy Spirit and I was expecting that he would fall down under the presence of God or something like that in the dream.