Dreams About Japan: A Shoe and a Trip to Mexico 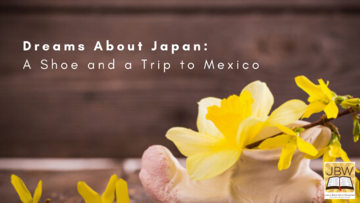 After that I traveled with some people to Mexico, with one man was guiding me on the way. We went to a few places, one was seemed like Canjun. I was brought to a place with stairs and somebody asked me, “do you want to have deeper experience?” I agreed, and I was brought to a room after climbing some stairs while other people had to remain outside.

Next, the same man who had guided me before brought me to other places but I don’t remember them. He also brought me to wrestle with some world leaders; I remember Shinzō Abe was one of them. My relationship with them grew closer through wrestling. I was covered in sweat as well due to the wrestling.