Dreams About Japan: Fire in the Heavens 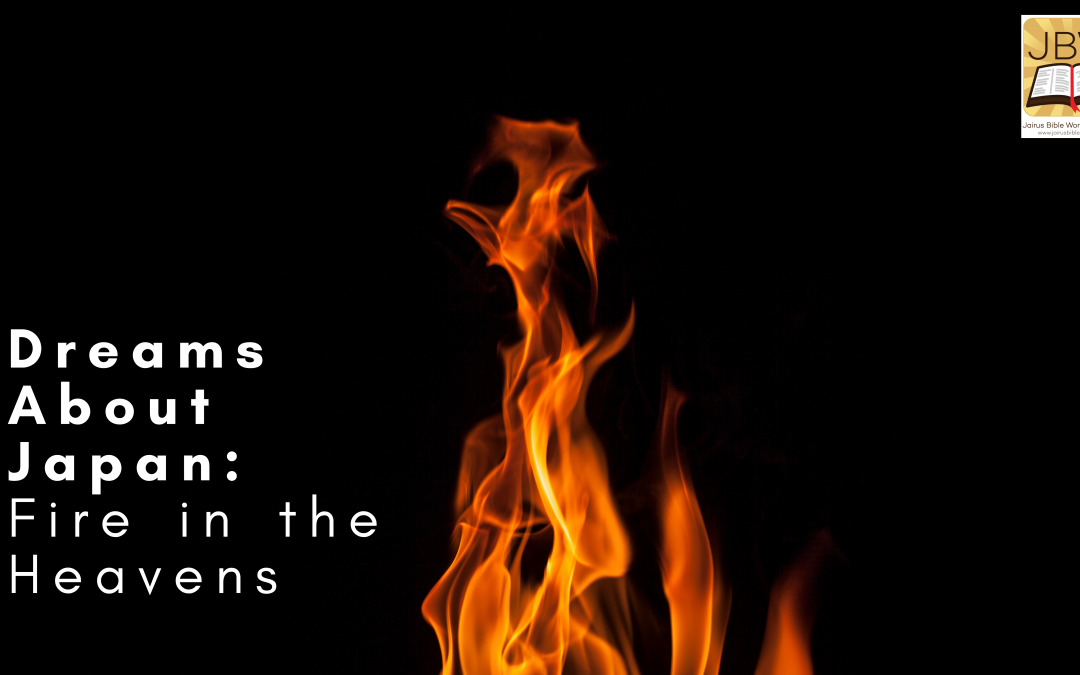 I went back to sleep at 4:30am and suddenly I saw fire in the heavens and it seemed very far away and it was comprised of many different colors. Then I realized it could be God and I remembered that people will feel fear when they see God. I did have that fear with me later. Then I was lifted up like in a rocket, and as I was traveling up I heard a broadcast. It could have been broadcasted in Chinese but I don’t remember. I realized I was not in a dream but more like in a vision. I thought I was not sleeping and I realized my baby maybe crying. Later, I was probably brought to China and then Japan after that. I forgot many of the scenes in China but I found I was skating on a skating shoe with a wheel in a Japanese mall. I was very tall and I felt I was on a stilts and underneath them was a wheel. I was traveling very fast in the mall and a Japanese lady yelled at me “you cannot skate in the mall!” but I went on towards a door and I remember thinking I needed to lower my body so I could pass through the door without stopping. But I woke up later and I don’t remember if I passed through the door but I felt I was out of that mall.