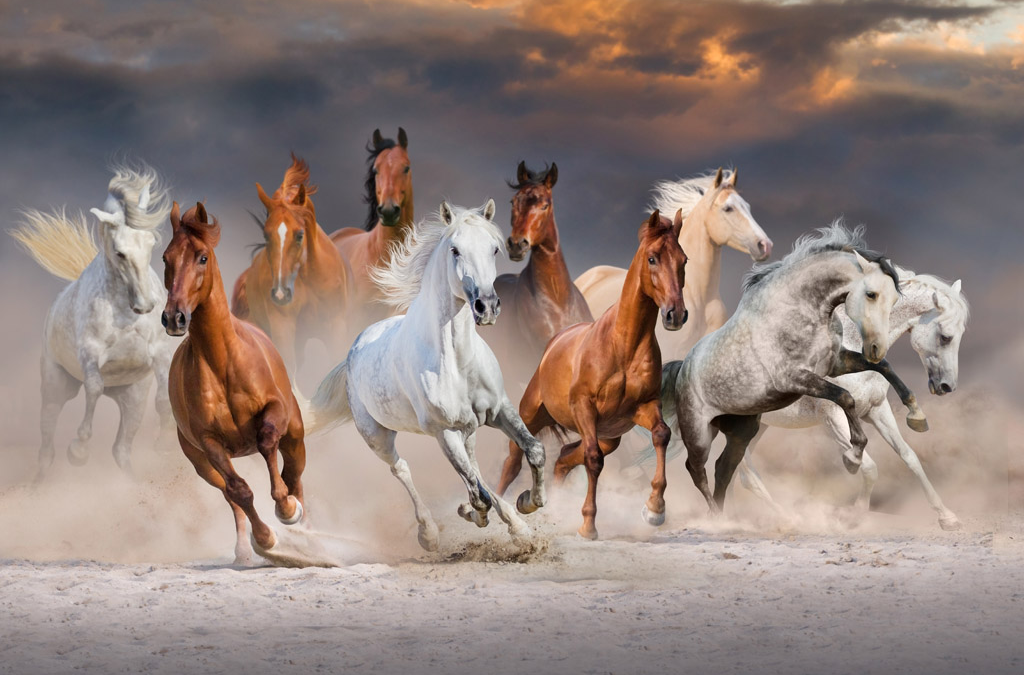 At the 2016 Elijah List conference, God challenged me to consider a great revival that is to come to China. Before the conference, I read a book written by Chuck Pierce called God’s Unfolding Battle Plan. In this book, Chuck talks about a time when Jesus visited him in the 1980s and told him there would be a great revival in China. This revival would spread all over the world.

When I found out that Chuck was going to be one of the speakers at that year’s conference, I reread the book on my way there. I was not sure why this particular testimony of revival caught my attention again. I later came to understand that the Holy Spirit was awakening my spirit to something he wanted to share with me.

After the trip, I was walking a street in D.C. one day and I suddenly heard the Holy Spirit ask me, “What constitutes a great revival?” This question came to me after I received the prophetic activation of hearing God’s voice clearer, something we received at the conference. I was surprised by the clarity with which I heard the Holy Spirit speak to me; it had not been this way before the conference. I immediately answered him in my spirit, “I heard that one out of ten people in China is now a Christian; isn’t that a great revival already?” Then the Holy Spirit replied, “How about two out of ten?” I quickly did the calculation in my head and realized that would be another 100 million Chinese people. I was shocked.

Bob Jones once prophesied that one billion souls would be harvested in the soon-coming world revival. For me, it is not hard to imagine that at least 100 million Chinese would be included in this number. Now, to clarify, I don’t think the Holy Spirit meant that only two out of ten Chinese people will be saved. Instead, the Holy Spirit was challenging me to think outside of my box. I am encouraged thinking how China and the world would be if even four or five out of ten Chinese people were saved.

Since immigrating to the United States, thoughts of ministering in my home country of China were never on my mind. I have taught, preached, and ministered mainly to Chinese students and adults within my denomination in the USA. This encounter with the Lord, however, caused me to rethink my ministry. After I accepted that God desired for me to be a part of China’s coming revival, I started to have many prophetic dreams about it. After the Elijah List conference, I also started receiving similar prophetic words and even symbolic tokens from people such as keys.

On January 11, 2016, shortly after coming back from the conference, I had the following dream. There are four scenes. In the first scene, I found myself on a construction site in China and there was a keeper (a guard-like man) there with a roll register in his hand. I got the impression that he was an angel who managed the Book of Life. I went to check if a relative, who had gone missing in China, was on this list of names. After looking, he replied no. I felt so sorry for this relative. In the second scene, I experienced great chaos and upheaval. I was tossed upside down and I saw pending destruction as a steel stick from the construction site fell from a building. By the end of this scene, I saw a building only partly constructed.

In the third scene, my wife and I were in a high glass tower with windows, like you see in big cities. It seemed we were a having a Christian meeting there when suddenly we received a report that we were surrounded by persecutors. Arguments began to arise among the people in the building. Some insisted to go down and some said to go up. I insisted on heading upward, so up we went. In the fourth scene, my wife and I miraculously escaped into a residential building. I told my wife that no one would see us since we appeared just like the residents. As we walked downstairs, I felt peace and a lion-like animal the size of a cat appeared among us. I carried the animal and it seemed calm and meek until we hit a great wall that we could not pass through. Suddenly, the small lion-type animal arose with great strength to help us roll the wall over. Immediately, I saw several horses gallop speedily and powerfully, and a great pasture lay before my eyes. It was powerful and reminded me of something resembling a great breakthrough or revival. I am not sure if this was the last revival that will bring the Lord back, but it was very powerful to this extreme.

I believe the Lord was showing me several stages of the coming China revival through this dream. First, the construction site represents a work in progress. An incomplete or half-erected building symbolizes that a work has begun but is not complete. The angelic being keeping track of lives demonstrates God’s involvement and desire. It shows their salvation is important to God. My attempt to find a dead person can represent the spiritual state of many persons in China, and my sadness shows God’s feelings regarding this matter. Next, the sudden and great chaos and upheaval in the beginning and throughout is representative of the shaking that will take place there. Authorities and systems that have been allowed to stand for a time will fall, and only what is in line with God’s Kingdom will remain (a building left partly standing). The church will also go through immense suffering and during this test, some may fall.

The third scene is symbolic of a few things. God will give favor to those who are spreading the Gospel and discipling persons in China. This is representative of the high tower my wife and I were hosting a Bible study in. Although persecution will arise and has even already, God has given his people the wisdom to see it coming (the glass windows). Wisdom for escape and a battle plan will be granted to those led by the Spirit and commissioned by him. In the dream, wisdom is represented by my ability to discern among those panicking and unsure that our escape from the building will be by climbing upward instead of down. Climbing upward is also significant of looking heavenward to maintain our eyes fixed on the Lord and tuned into His plans. Persecution and shaking naturally entices us to look at our surrounding and environment; we are tempted to descend instead of ascending. To deal with the situation, faith must move Christians rather than fear. The only way to guarantee supernatural delivery is to continue upwards and the Lord will surely rescue such persons.

God will also grant cover when necessary. This is demonstrated by us blending in and appearing like the other residents. Finally, the lion-like animal represents the presence of the Spirit of Christ which will accompany those he calls His own. He will grant them peace amidst the turmoil, and they shall not be afraid. Carrying the lion-like animal is also symbolic of being equipped with the Spirit of Christ. This scene represents both the life of Christ in us and the help he offers. Christ is both meek and mighty, and if a wall stands in our way, Christ will arise with power and strength to make a path for our feet and roll the wall away just as the Spirit rolled Christ’s tomb away.

With Christ, Christians commissioned by him will demolish forces in our path to make it possible for breakthrough to be released (represented by the horses and pasture). As speedily and powerfully as the horses were, so will the awakening there be and pleasant at that (green pasture). This dream is not only representative of what revival may look like for the country of China, but it’s also a call to duty for the Christian leaders sent there—that we should take courage in our work and not fear. We have been equipped with the same Spirit that has raised Christ from the dead and that which will bring a great harvest to the dead souls of China.

Now, although this post is meant to bring knowledge to the body of Christ regarding God’s plans for China, it is also meant to be a personal prophetic message. First, maybe you have felt a strange connection with China and have not been able to identify your place in ministry. Consider that maybe God wants to invite you to be a part of this revival. Pray and ask the Lord what this post means for you. Second, I want to encourage those of you who are reading this and experiencing a difficult time. Perhaps you are even feeling like you’re hitting a wall in your personal life or ministry. Although this is often part of the process of maturing in Christ, I want to prophetically declare that there is a “suddenly” moment that is on its way to you. Do you believe? The lion is roaring over you and your situation. You can trust him for your breakthrough.

To Elijah List, this conference forever shifted my ability to hear and receive messages from the Lord, and it redirected my ministry path. Thank you for hosting the presence of God and making it possible for Christians to walk into their commissioning and ministry. It would seem more than ever that a revival is needed in China and you, Elijah List, are part of bringing God’s prophetic voice to the earth and equipping the saints.